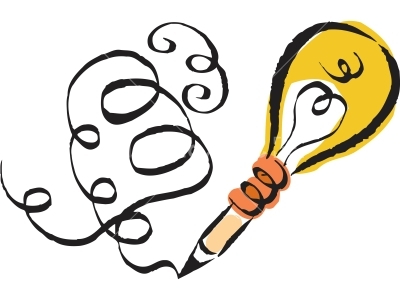 AN INTERVIEW WITH CARTOONIST GAVIN AUNG THAN 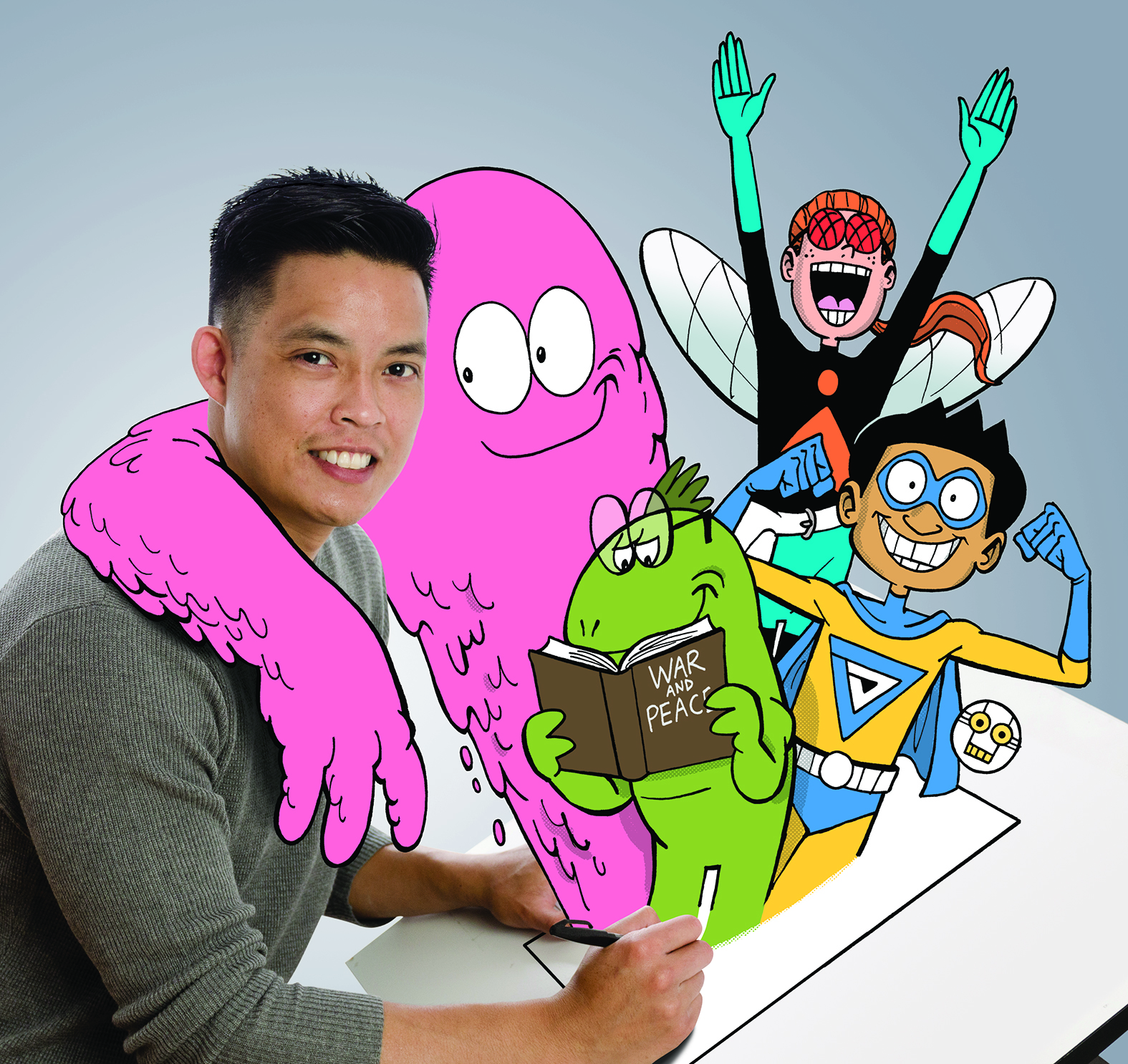 GAVIN AUNG THAN is a freelance cartoonist based in Perth, Australia. His webcomic Zen Pencils, a cartoon blog which adapts inspirational quotes into comic stories, has been featured by The Washington Post, The Huffington Post, Slate, Buzzfeed, Gawker and Brain Pickings, and was named one of the top 100 websites of 2013 by PC Mag. Zen Pencils has also been collected into New York Times bestselling books. His first series for children, Super Sidekicks, grew out of Gavin's long-time obsession with superheroes. 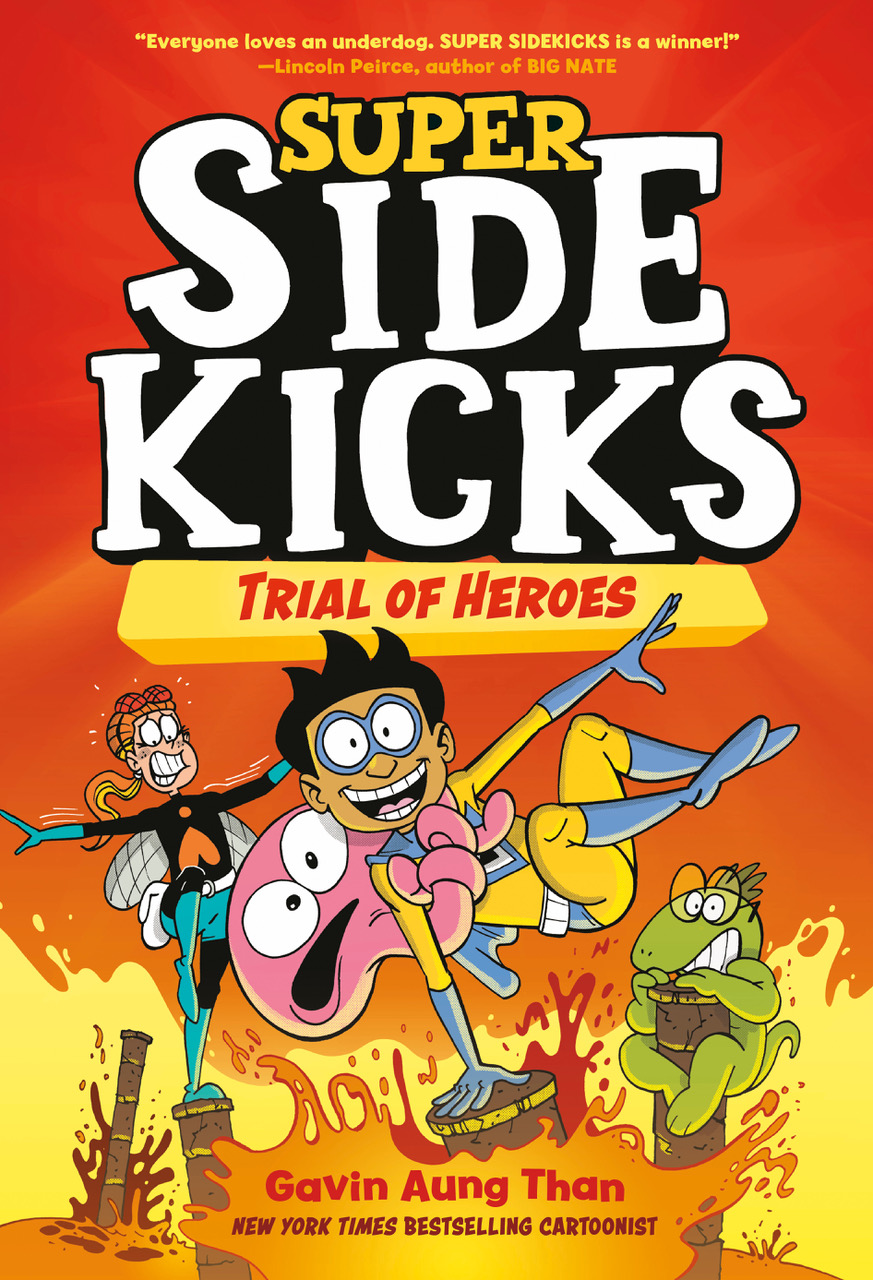 SUPER SIDEKICKS - Calling fans of Captain Underpants and Hilo! Sidekicks are SUPER in this humor-and action-packed graphic novel series. Expect bugs, well-read dinosaurs, and lots of goo!
The Super Sidekicks just saved the world! And now they've been invited to join HERO: The Heroic Earth Righteousness Organization. It's the most exclusive club for the planet's most famous superheroes. (No big deal!) But before they can become members, they must pass the hardest challenge in the universe--a test so scary only the truly heroic can survive.

INTERVIEW WITH GAVIN AUNG THAN

Q: Thanks for chatting with Scribblitt. Your career started with corporate graphic design. Can you explain to kids what that means? What made you change from graphic design to drawing comics?

A: Sure, I designed layouts and graphics for newspapers and magazines. Every magazine you see has to be ‘designed’ on the computer to look nice. Sometimes I would do sports graphics about an upcoming football game, or celebrity events or news stories. Basically just combining words and photos to make them look pleasing to the eye. I never really enjoyed this work and was quite unhappy. I always wanted to draw cartoons and make comics so eventually I decided to just do it, even though it is much harder to get a job and make a living drawing comics.

Q: What is Zen Pencils, why did you start it, and what do you hope to achieve?

A: Zen Pencils was the website I started after I left my design job. I took inspirational quotes from famous people and used their words and turned them into comic stories. I started it because I enjoyed collecting quotes from my heroes so I thought why not combine that with my love for making comics. I hoped to turn it into my job, and it worked! The website became quite popular and was collected into 4 books. I recommend the one for kids called “ZEN PENCILS: Inspirational Quotes for Kids”. Scribblitt fans will love Zen Pencils, so I recommend checking them out. I’ve stopped making Zen Pencils comics to focus on writing and drawing my own stories for kids, like Super Sidekicks!

A: I recommend getting some paper and pencils and just start! You don’t need any fancy tablet or computer, all you need is paper, pencils and your imagination. Start with short comics, maybe a story that can fit on 1 page and slowly do longer and longer stories. Don’t be discouraged if your first attempts are no good, my early comics were not good either! It will take time to get better, just keep practicing. You can see how I make a page of Super Sidekicks on my website.

Q: How did you come up with your graphic novel series Super Sidekicks? Who were your favorite superheroes when you were a kid?

A: I wanted to make a series for kids and my favorite comics when I was a kid were the superhero ones. So I decided to create a super team not of adult heroes, but focusing on their kid sidekicks. I thought it would be fun to make them underdogs that have to prove to the adults that they’re just as capable as the grown ups. My favorite heroes as a kid were Spider-Man and Batman, and they’re even more popular now then when I loved them!

Q: How do you communicate things like humor and adventure in your drawings?

A: Humor and adventure/action are the most fun parts of a story to draw for me! I love expressing humor through wacky facial expressions and exaggerated poses. Adventure can be added by showing a lot of movement or forced perspective. Whether it be humor or adventure I always want my drawings to have energy! Don’t settle for your characters to look boring, you want them jumping off the page!

Q: What is your message to kids (your own kids or the ones you speak to when you visit schools)?

A: That I’m nothing special, just someone who kept practicing what he loved to do. A lot of kids draw, play sports or a musical instrument, but as they grow older they stop or give up. Whatever your talent is, you can turn it into your job when you grow up – you just need to keep trying and failing and not give up. You won’t feel yourself getting better but you will be, and as the years go by, you will become darn good at it!

Q: Thanks for taking the time to share your story. Is it a cliché to tell kids “everyone has a story to tell”?

A: Well I guess it is a bit of a cliché, but it’s a good one. I tell kids they all do have a story to tell. They might not think so, but it’s true. Their family might be interesting, they might have that strange uncle who always tells the funny stories during the holidays, or they might have gone to summer camp and something weird happened. No matter how boring you think your life is, there is a story in there somewhere. If they’re really stuck, they can combine their boring life with the fantastical. Take that summer camp story and add aliens! Turn that strange uncle into a werewolf! There’s no limit to what you can do! 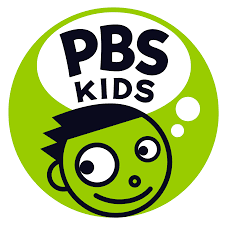 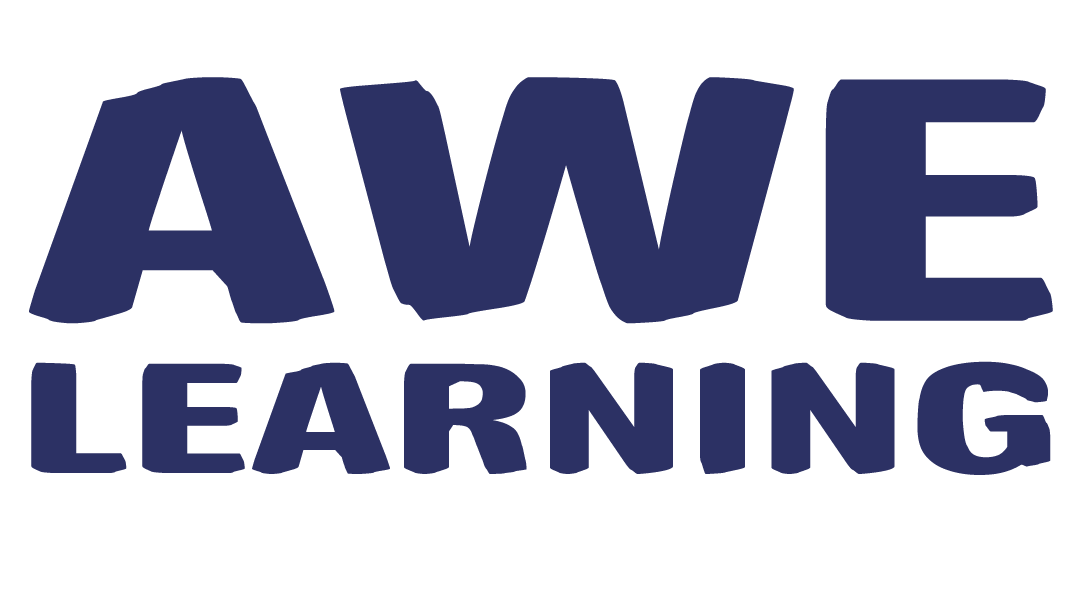 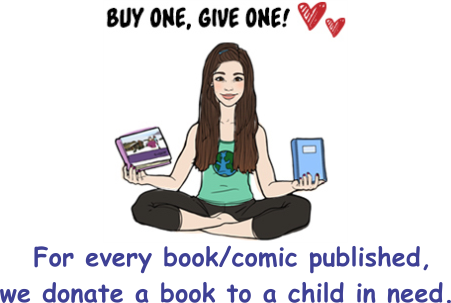 For future access to this book/comic from other computers, please enter a parent/guardian’s email address.

Create your own free account to use this feature.
Enter a parent/guardian email address.